Dr. Wilhelm Reich (24 March 1897 – 3 November 1957) A notable man of science who’s’ experiments were ridiculed by the press to discredit him and his work.

Reich was sent to jail for standing by his work where he died of heart failure days before he was due to apply for parole. See the article by Don Harkins. 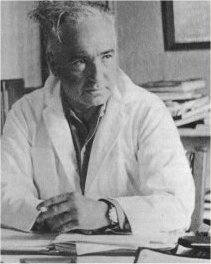 Since his death, tremendous energy has been expended to erase his memory from history. One must ask: “Why?” The following paragraph, taken from the book Wilhelm Reich And Orgonomy, by Ola Raknes, Ph.D., sets the stage for answering that question:

‘The existence of such energy is still contested—or at least neglected—by practically all scientists who have not themselves made the observations and experiments, and had the experiences, that form the basis of the discovery. An American Federal Court has even, in March 1954, in a Decree of Injunction, declared Orgone Energy to be non-existent, without, however, giving the facts on which the Injunction is said to be based.

In a correspondence with the present writer [Raknes] the Food and Drug Administration (FDA), on whose complaint the Injunction was decreed, said that experiments executed with the most modern equipment and methods by experienced scientists had proved the nonexistence of Orgone energy.

None of these experiments has ever been published, and in further correspondence, the FDA refused to divulge the names of those scientists or any of the experiments on which the complaint was said to be based. As Dr. Reich did not obey the injunction, he was arraigned for contempt of court and sentenced to two years in the penitentiary. ‘

Dr. Reich, a world-renowned psychologist and protégé/contemporary of Sigmund Freud, was sent to prison at age 60 to die because he insisted upon continuing his research into orgone energy—in defiance of a federal injunction that resulted from the FDA’s apparently unscientific opinion that orgone energy did not exist.

All Reich’s books were banned, and the FDA burnt those that were found. Any printed matter that contained the word “Orgone” was subject to the ban and burning by the FDA per the injunction. The injunction was still holding in 1970.

The question now becomes: “What is Orgone energy?”

If it did not exist, why did the federal government behave so militantly in its attempts to remove all mention of it from the world of print and the minds of people?

Why did the federal government give a death sentence to a well-respected old man for insisting upon continuing his studies of something that doesn’t even exist?

The federal government has used its authority to ban many viable and useful technologies. Should we accept the FDA’s position that orgone energy doesn’t even exist?

Or, is it in our best interests to take another look at Dr. Reich’s work and his controversial theory of life energy?

More importantly, can Orgone energy be used to help neutralize the negative energies that so permeate our modern world? 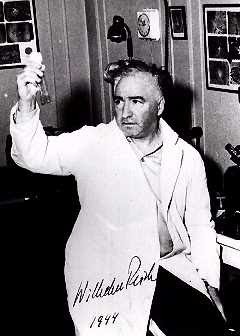 The evidence supporting Orgone energy far outweighs the total lack of evidence provided to discredit it.

“We consider the discovery of the Orgone energy among the greatest events in human history’- from a letter to the American Medical Association, signed by 17 medical doctors in 1949

“The Orgone accumulator is the most important single discovery in the history of medicine bar none’ Theodore P. Wolfe, M.D., from Emotional Plague Versus Orgone Biophysics, 1948.

My Thoughts
Numbers in Spirituality